The city as a negotiation field: City centres and neighbourhoods, public and private spaces

Certain urban planning interventions such as the ones planned to transform Aristotelous Square in Thessaloniki or Panepistimiou Street in Athens, as well as other similar projects in cities throughout Greece, are the ones that almost exclusively gather all the media and public attention. One might claim that their main raison d’etre is political communication. Otherwise, how could we justify the fact that in cities with extremely complex and multidimensional problems, most projects concern the exact spaces that need the least restructuring?

Other interventions that are larger in scale and will have more significant impact are presented as “fireworks”, with PR lingo and scrappy documentation: The Metropolitan Pole of Ellinikon-Agios Kosmas along with the rest of the coastal front from Piraeus to Glyfada; the relocation of several Ministries to the former PYRKAL industrial complex in Mt. Hymettus; the extension of the metro subway network with new stations encroaching on green open spaces throughout the city and many more.

There are several good arguments for focusing on the city centre, of course. It is a space that is loaded with symbolic significance. On a collective fantasy level, the city centre belongs to all citizens, as opposed to the rest of the residential neighbourhoods. It’s a symbol of the city itself, a connotation – “a part that summarises the whole”. When thinking of a city, our mind retrieves images of its city centre, especially when we’re less familiar with the place. Also, on a practical level, a city’s centre is used not only by its residents or people who work there, but also by visitors, something less common in residential neighbourhoods. In cities, such as Athens, where wholesale trade happens in the city centre, it adds significance on a supralocal level. Therefore, focusing on the city centre is something that equally makes sense for its residents and its visitors to do. The fact that we refer to it as the city’s “front” is no accident. But do we really want to prioritise fixing said front, when the city actually lives in its neighbourhoods?

It is not an easy question to answer, as all processes that would be followed in order to set a general strategy for the city are either put on hold or have lost their dynamic. A great example would be the Master Plan (meaning the integrated spatial planning) that used to be an independent organisation with powers of judicial review, but has now been downgraded to a ministry directorate and is essentially inaccessible. Instead of an integrated plan, there are just interventions – or heralds regarding interventions- that are fragmentary, without any links between them and, more importantly, without a wider plan that would set priorities. Just like the short-lived bike lane in Panepistimiou Street, that started from nowhere and ended nowhere. 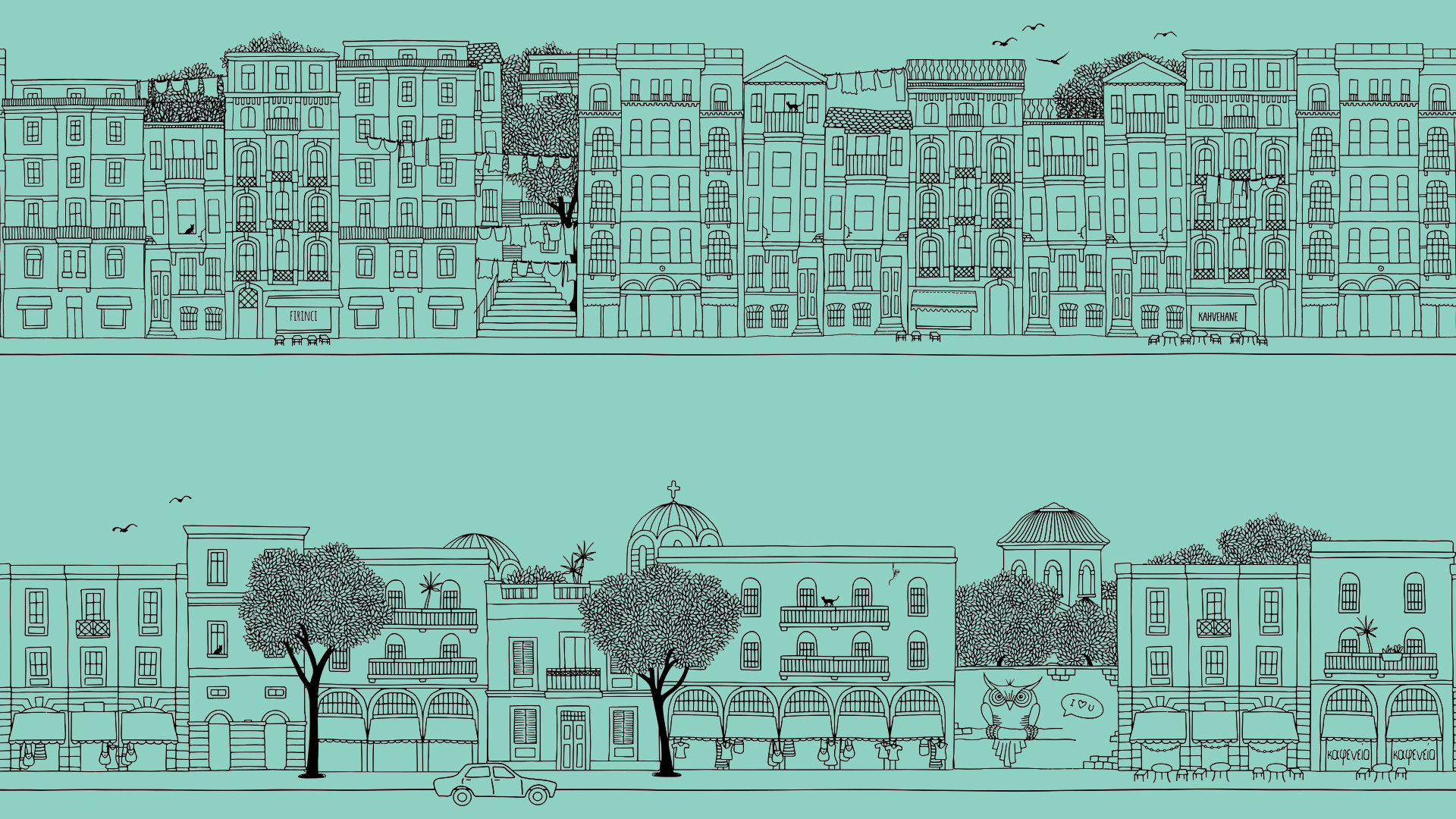 But even a Master Plan, that is an integrated framework of spatial planning, isn’t in itself a guarantee of quality.The processes through which a central planning is produced, the level of transparency and the degree of public dialogue throughout are all of vital importance. When the whole process happens in the dark, so to speak, it easily becomes prey to political pressure by various financial lobbies. Public deliberation isn’t a guarantee either, but at least it can reveal and expose certain conflicts that would otherwise remain unnoticed. At present, incomprehensible texts are published for public commentary (and consultation), thus hiding the content in plain sight. Even the Transparency Portal, which in theory is an excellent tool for more transparency in democratic governing, isn’t really a consultation tool (a tool that’d aid discussion), but rather it’s designed as an one-way process: article-comments. It lacks the element of opinion exchange, of conflict and negotiation – in other words, all the elements of a democratic process. Without a complex but also functioning participatory system, there can’t be real and integrated planning.

A framework of integrated spatial planning can’t just be about the city centre or public spaces.

On the contrary, it also defines the links between the city centre, neighbourhoods and the periphery, the links between the city and green spaces and the environment; it’s also referring to working spaces, cultural and recreational spaces, the city’s social and technical infrastructure, mobility, housing and many more. It is important for us to examine and plan all those elements at the same time, even though we need different tools in order to analyse and prepare them.

The COVID-19 pandemic showed us in a very clear way how all the elements of a city are linked. Among other things, it brought to the fore the link between private and public space.

From public to private space

Two years have passed since the pandemic outbreak. While all of us are trying to cope in our everyday lives – some under tougher conditions than others – there are already talks regarding how we will all live together “the day after”; talks that often are about the future of public spaces.

The way that I understand public space in this case is as a space where random encounters with “unknown others” are possible. This calls for further elaboration: You don’t expect to see an uninvited stranger in your private space (if you do see one, you have every right to be concerned), but you take for granted that you will run into strangers in the street, in a square or a park – as well as in bars, shops or buses. Public space in this instance is less about ownership and access rights and more about the capacity to bring us face to face with people we don’t know – not in scheduled encounters, but randomly. Today, given the COVID-19 pandemic factor (the same happened in the case of other epidemics as well), this random encounter with a potentially infected other is perceived as a threat. This very fact could be a serious threat to the quality of public spaces.

The pandemic reminds us that we have bodies. The “encounter with others” isn’t abstract, but rather physical. Proximity and distance are the key. The distance of those who drive secluded in their cars or, on the opposite side of that example, the proximity of the passengers riding a bus are very different experiences with dramatically different effects on our health. Our very bodily functions – the ones we love to forget – turn us into potential threats: coughing, sneezing, breathing, sweating. Our encounters in public spaces are physical encounters. Bodies have abilities and disabilities, genders and desires; bodies have an age and carry diseases. The abstract “person” that is used as a unit in every policy shaping strategy isn’t that abstract after all. The pandemic makes that painfully clear. 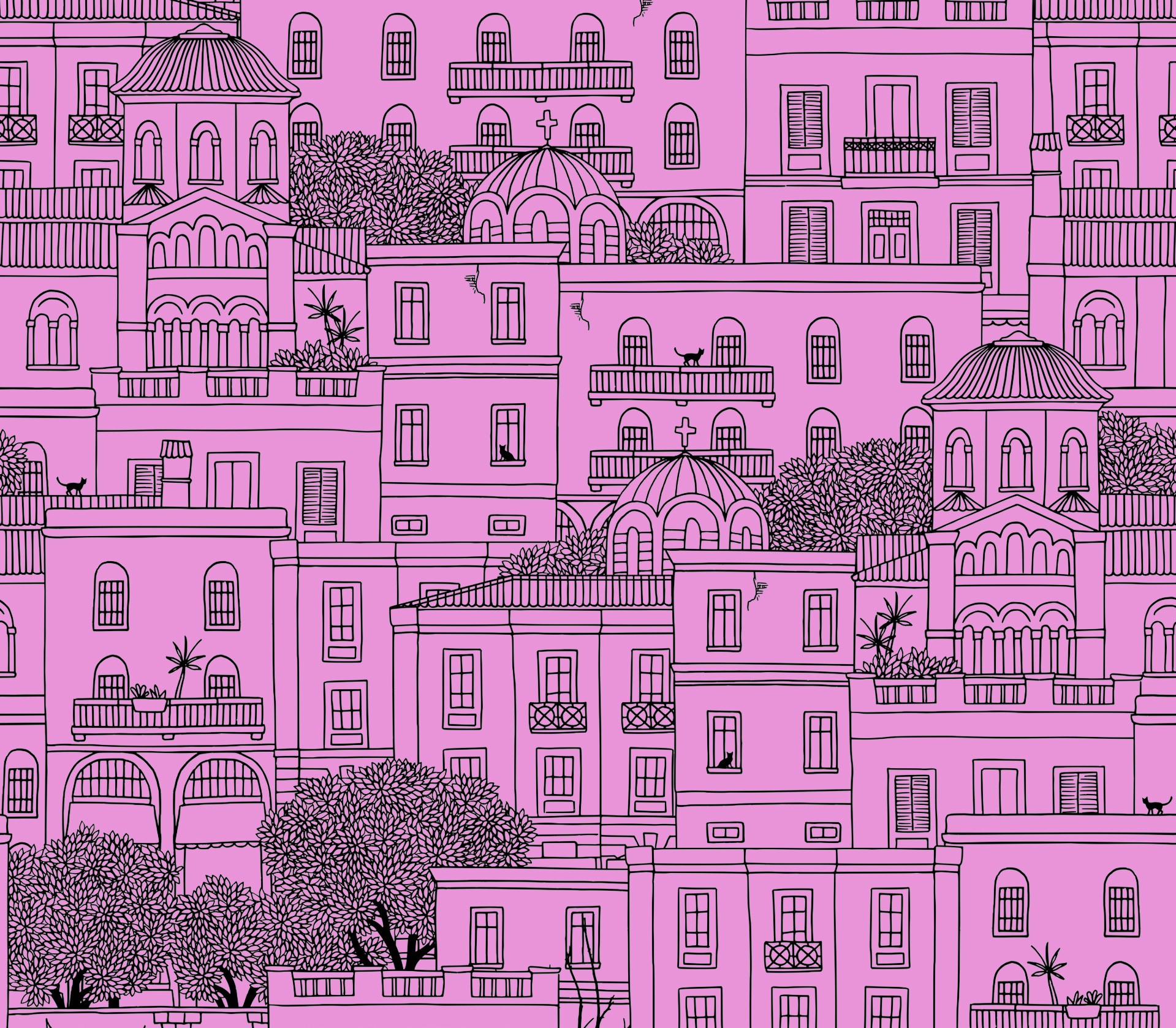 It is impossible to understand public spaces if we don’t correlate them with the private ones. Calls to SOS helplines for domestic violence victims have increased significantly since the pandemic broke, proving once more what the feminists have been saying all along:

That while the private space called “home” is a safe environment for some, under certain conditions, it can be a threat for others – mainly women, teenagers, children and queer people.

Systemically unequal gender relations, the constant existential angst or financial insecurity are some of the causes of said violence in private spaces. The above, combined with being confined at home or even the complete inaccessibility of public spaces, are behind this other distinct epidemic; that of domestic violence.

People’s relationship with the public space depends on their relationship with the private space and vice versa.
What is rendered crystal clear from the above, is the profoundly and inherently unequal importance of public space for different people and social groups. Instead of it being a “great equaliser”, as one often reads, the pandemic exposes and deepens the existing gaps in society and private, and public spaces is where it all manifests: Families cramming in box apartments have different needs for a public park than a family living in a suburban villa. Siblings sharing a computer at home in order to attend mandatory online classes need a public library more than other children who own one laptop each. People who can’t afford a car are more dependent on public transport than those who own two cars in their household. Women who live under constant threat of violence at home may be experiencing public space as a place that’s a lot safer than the privacy of their own home. And for those who don’t even have a home, public space is all that’s left.

If the pandemic can teach us something (though I can’t say I’m very optimistic on that front), this would be that we should reconsider the significance that space has, not just as a large gap that surrounds us, but rather as something that we all do with our everyday actions while interacting with others. But what could that mean specifically?

A reconsideration of the significance of public space would mean that we appreciate it to be the most democratic one. This would mean that it’d receive generous funding and would be dealt with great care, whether it’s a park, a square, a street, a bus, a train etc. Public space is the space that’s most needed by the more socially vulnerable. At the same time, it’s where random encounters and meetings happen as well as the others’ presence.

It would also mean that a focus on public spaces without considering what takes place behind private houses’ walls, can only be unilateral. This brings back to the forefront the need for a new regional and national affordable housing policy and for social services that would support people who need it.

It would mean a public discussion on the various topics that such a framework encompasses (e.g. housing, mobility, environment), on the relation between the city centre and the neighbourhoods as well as the way that those two are linked together. Such a discussion would require transparency and access to all relevant information. It wouldn’t suffice to publish them online or to give access to comments in the Government Transparency Portal. Ideally, there should be a specially designed space that would offer the ability for constant information, opinion exchange and – why not – citizens’ education. And since discussion is not enough, we should update the deliberation system. 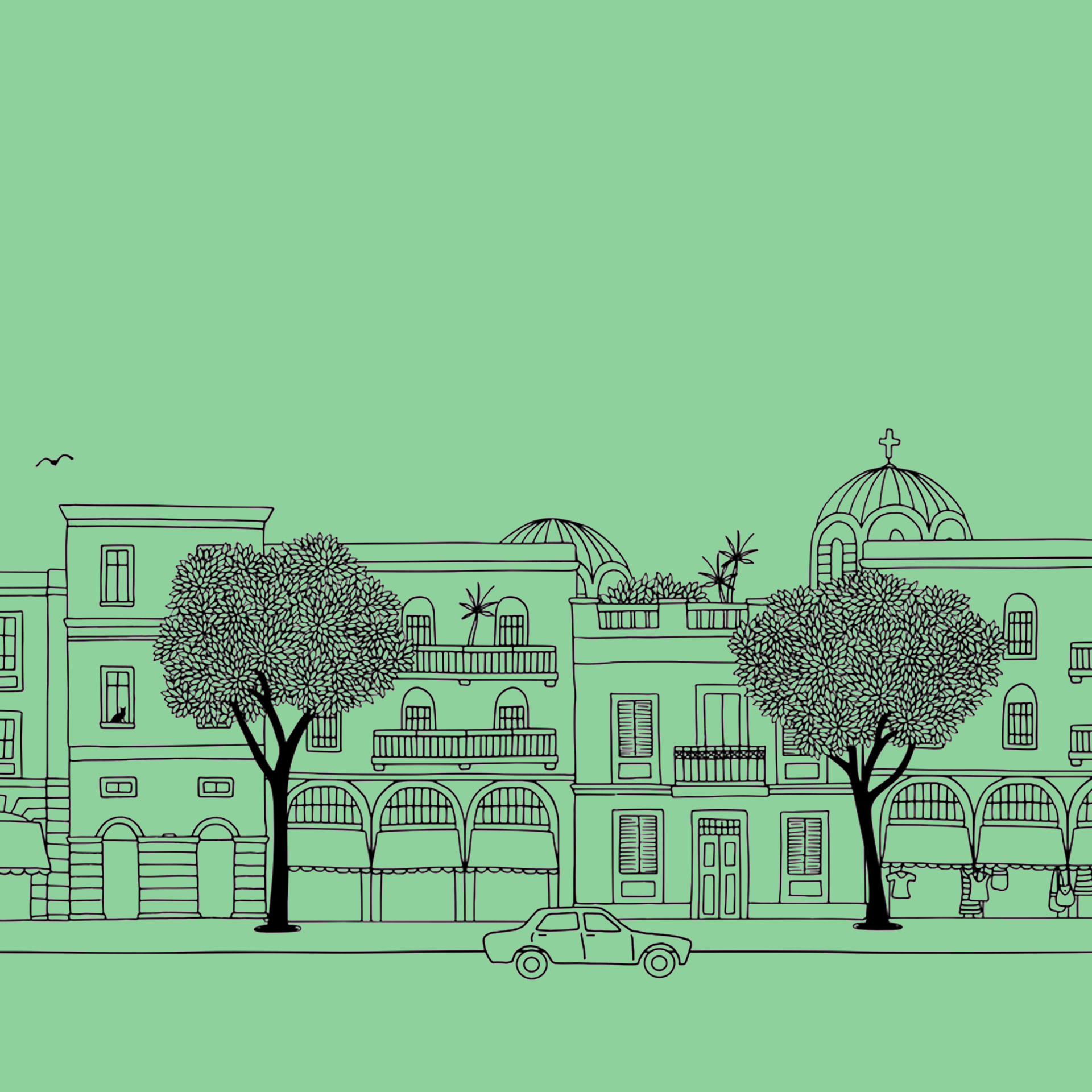 Finally, if we seriously consider the idea of “random physical encounters”, this means that we can no longer plan and manage spaces for abstract “people” with unknown traits. Maybe we should have great awareness of the different bodies and the different needs that they have, that subsequently require distinct planning. What’s needed, therefore, are analysis, documentation and planning methods that go beyond the mandatory deduction of statistics and “users” as a homogeneous group. We need methods that can see people and groups with special (class, gender, origin, age, body type etc.) traits. This would require, among other things, that researchers would walk the streets, sit in parks, ride the bus and document things systematically.

It is too soon for predictions regarding the exact form public spaces will take after the whole COVID-19 pandemic. Spaces aren’t just formed physically, though. They’re products of images that we have in our heads, of our relationships and practices. That’s why it’s crucial that we ask the hard questions now.

There will always be limited political will for actions and policies such as the ones described above, even though there are certain local government councils that are taking such requests very seriously. Still, without significant pressure from below, without social movements that raise their voice and demand changes, the above will just remain wishful thinking.